International Trial Watch (ITW), a platform composed of organisations working to defend human rights and liberties, is closely monitoring the Catalan referendum trial. Different international scholars, human rights activists and members of parliament are being invited by ITW to monitor the development of the trial and assess if the rights of the defence parties are upheld.

The website of ITW contains a lot of information on the trials, the profiles of the defendants and the accusers, and a lot more. It offers this information mainly in Spanish and in English, but they also offer their weekly reports in French (semaine 1, semaine 2, semaine 3, semaine 4, semaine 5). We consider this information to be valuable and worth disseminating. This week, you will find on its website its newest assessment of the trial, of the 5th week.

Catalonia is living in a police state, with Catalan police following orders from Spanish prosecutor’s office and the Spanish Electoral Board (with several of its members being also part of the Spanish Supreme Court, which is currently in charge of the trial against Catalan leaders). They are now conducting searches in public schools, during teaching hours, searching for yellow ribbons inside teacher’s drawers and criticizing the amount of yellow color on students’ crafts, covering murals and removing purple loops of support for International Women’s Day.

‘The Mossos d’Esquadra (Catalan police) have this Friday entered various public schools around Catalonia to remove any yellow loops or other political symbols. The force has told El Nacional it’s acting on orders from public prosecutors, after the Central Electoral Board denounced the presence of such symbols on public buildings.’

‘In the case of a school in Badalona, where there were no loops, the officers reportedly criticised the presence of the colour yellow in kids’ crafts displayed in the corridors. They also searched the teachers’ room, classrooms and bathrooms. A rural school in Perafita reports they’ve had to remove even the lilac loops of support for International Women’s Day.’

Composer and pianist Marc Migó is studying for his Master’s Degree in Composition at the Juilliard School of Music in New York. The concert will showcase music by Catalan composers such as Joan Manén, Jordi Cervelló, Isaac Albéniz, Marc Migó, Narcís Bonet, and Salvador Brotons. 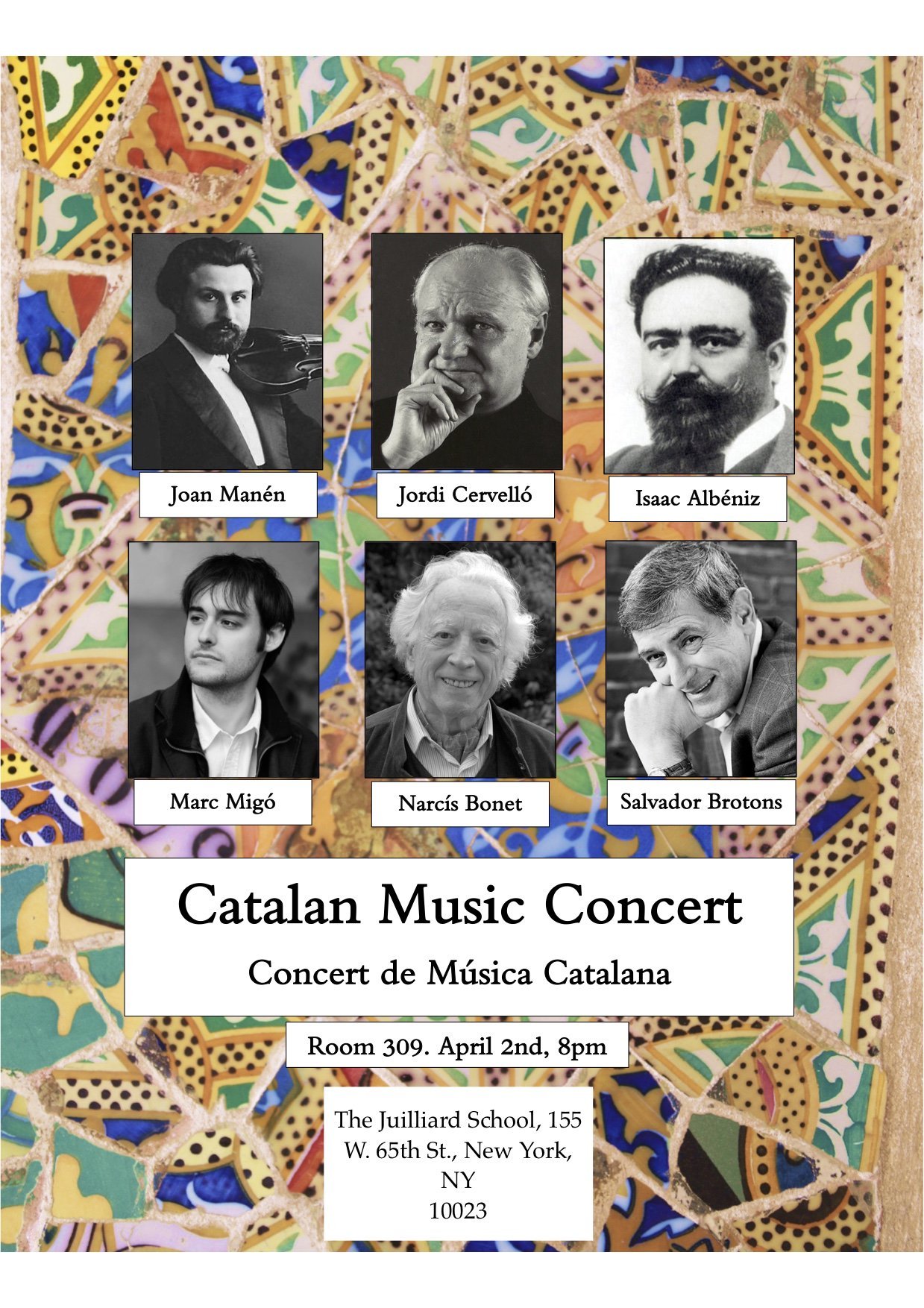 
An interview with professor Alfred De Zayas, Professor of International Law, writer, historian and a leading expert in the field of human rights and international law. Formerly UN Special Rapporteur on the Promotion of a Democratic and Equitable International Order. Produced in connection with the Conference on the Right of Self-Determination, “The Catalan Question and International Law”, an International Symposium organised by ANC Nederland and held in The Hague, The Netherlands, on November 9th, 2018.